How to Block Ads on Twitch

You’re watching your favorite stream, and an ad suddenly pops up. You can’t skip it. You can’t stand it. Should you reach for a Twitch ad blocker?

Know that if you’re hoping for a way to block Twitch ads, you’re not alone. Plenty of people want to understand how to keep those annoying bits out of the streams they want to watch.

We’ll help you understand how to get rid of Twitch ads. And we’ll explain what to do if you think your solution stops working (and, trust us, that will happen).

But we’ll also close out with some words about why Twitch ads matter, and how your decision to block them could end up hurting your favorite streamer.

Ad blocker tools typically work by interfacing with your browser. When you try to load up a web page, they check for anything that looks like an ad. When that’s spotted, the content is disabled before it begins.

As you might imagine, there are dozens of ad blocker tools out there. Since they can be specific to one type of browser (and one type of operating system), there are as many ad blockers as there are computer programs.

Each ad blocker works a little differently, and the one that’s right for you will depend on your browser and your device. But these are a few we like:

To start blocking ads on Twitch, choose the ad blocker tool that’s right for you. Make sure it’s on and running before you head to Twitch. And you should see all of your ads disappear.

If the tool isn’t working, check the ad blocker company’s FAQs. Some require a little bit of finessing for Twitch perfection. If Adblock is not working on Twitch and you’re using Chrome, for example, the company says the feature might not be enabled in your settings. Don’t assume the tool is broken. Do a bit of checking first.

Should You Block Ads on Twitch?

No one wants to see ads on Twitch. We understand that. And plenty of people choose to block every single ad they see on every website they visit, including Twitch. You could be one of them, but it’s wise to think twice.

Researchers say that about 40 percent of laptop traffic comes with an ad blocker, and most people use the technology to skip over things they feel are either irrelevant or just annoying.

Ad blocking is most common, other researchers say, among people ages 18 to 34. If you fall in that age group, you’re likely to block ads on every device you own. And you’re probably not sorry at all that you do it.

But your favorite streamers use Twitch ads to help them stay fed. Each time you agree to watch an ad on their stream, they get a little more love from the sponsors that made up those ads. Twitch doesn’t explicitly detail how those ads are counted and what happens if you have a blocker on, but it’s easy to assume that people with blockers mean streamers that don’t get the big payouts.

You could, in theory, subscribe or give bits to help make up the losses. You’re giving money, so the blocked ads shouldn’t be such a big deal.

But companies pay out much more than consumers ever will for time and space on a Twitch stream. Even if you donate, you might not be able to make up the difference.

Experts say using ad blockers can lead to about $1 billion in damages for companies. They want to reach you, and you make that a lot harder with a blocker.

Survey Shows US Ad-Blocking Usage is 40 Percent on Laptops, 15 Percent on Mobile. (May 2017). Marketing Land.

Are Consumers ‘Adlergic’? A Look at Ad-Blocking Habits. (April 2018). The Wall Street Journal.The Rise of AdBlockers: Should Advertisers Be Panicking? (January 2019). WordStream. 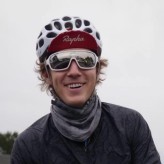 Twitch Raids: What They Are and How to Do Them

The Best Microphones For Streaming