A Completely Free Way to Record Gameplay on Your PC

What’s more satisfying than a Victory Royale in Fortnite?  Sharing said victory with millions of people, of course! But you can’t share your performance if you don’t know how to record your PC gameplay.

But have no fear…in this article, we’re going to show you how to record gameplay on PC using some free software.

Let’s get into it!

Thanks to the gaming geniuses at Microsoft, Windows 10 now has an official app that’s made specifically for gamers who want to record gameplay on PC. In our opinion, this is the best way to do it.

Install the Xbox app for free from Microsoft Store. Just note that only people rocking Windows 10 can get in on this one (sorry Windows 7 holdouts).

With the boring part out of the way, it’s time to play! Launch your game, then hit the Windows Key + G. The Xbox Game Bar will appear and present a variety of capture options.

Hit the circle Record button to start recording gameplay to your PC from the current game window. When you want to stop capturing, simply Windows Key + G again, then click the same button to stop.

The Xbox app for Windows packs some nice keyboard shortcuts:

From the Settings panel (hint: click the gear icon), you can customize these keyboard shortcuts and see a list of all available shortcuts.

Your recorded gameplay videos are saved to your hard disk in the PC → Videos → Captures folder.This default save location (among many other settings) can be changed from the Settings panel.

You know the the super-handy feature on Xbox One and PlayStation 4 that can save the last 30 seconds of gameplay? Shouldn’t everything in life be that easy?

Well, the Xbox Game Bar has you covered! Enable the “Record in the background” from the “Capuring” section in Settings, and your PC will behave just like the Xbox One or PlayStation 4.

If you’re on Windows 7 or Windows 8, or you’d just prefer to use a third-party app, both nVidia and AMD offer their own gameplay recording software. Just keep in mind it works only with those respective video cards.

These apps run well on Windows 7 or Windows 8, and offer more options.

So, you’ve captured a your unbelievable feat of winningness. Milk it to get famous! Share it on Clutch for the world to admire, and start building your gameplay clip empire. 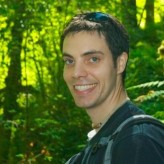 How to Record PS4 Gameplay on Your PC

How to Record Xbox Gameplay on PC