This weekend was Ubisoft’s turn. If you missed it you can read every announcement and reveal here. So how did they do? Did they do enough to get us excited for their games and leave us feeling optimistic for them as a developer, a publisher and a company?

It’s been no secret that Ubisoft has recently come under fire for it’s toxic company culture. As a result some big moves were made in the company over the past few weeks to help address those issues.

Ubisoft Forward was a chance to help put that behind them and show the world that Ubisoft is a quality game studio capable of bringing us stories that spark our imagination and create worlds we can get lost in.

The conference was Divided into two parts. The pre show and main show. This was a good move. It allowed Ubisoft to focus on the big ticket items during the main show, while enabling them to address some smaller games, highlights and new features to current games during the pre show.

They used the pre show to focus on their current library of games. Here they announces events and dlc for games like The Crew 2 and Trials Rising. The highlight of the pre show was an exciting announcement and demonstration that team based AI is coming to Ghost Recon.

I was skeptical of the pre show, and there was some things shown during it that I just wasn’t interested in, but that was exactly the purpose of having a pre show. To enable Ubisoft to focus 100% on the big ticket items, the games and announcements that their core audience wants to see, during their main show. While the pre show wasn’t filled with anything earth shattering it did set up their main show as a place where they could focus on these big announcements.

The main show presented us with a couple mobile games, but ultimately focused on game play for some of their biggest games. Here they showed off Watch Dogs: Legion, Assassin’s Creed Valhalla, Hyper Scape and a cinematic of Far Cry 6.

The main show was well done. It was a solid showing and a deeper dive on games we already knew were coming. These games look polished, exciting, and fun.

What the main show lacked, however, was announcements.

There was nothing new here. No new big next gen announcement. No huge new IP to look forward to. What we saw of their AAA games, with the exception of Far Cry 6, was stuff that we’ve known about for months.

While it was nice to see more of these games and get release dates for them, at the end of the day it lacked the excitement so many gamers were hoping for. Especially with next generation of consoles launching at the end of the year.

Ubisoft did announce that they will be holding another show later in the year where they will show us more, and maybe this is where they plan to show off some new next gen projects they’ve been working on. It will be closer to the launch of the new consoles so this is a distinct possibility. It just would have been nice to get some of those announcements now.

So, did they do enough to get us excited for their games and leave us feeling optimistic for them as a developer, a publisher and a company? Yes. Was there anything that made this a special show? Was there an epic mic drop moment that created any extra buzz and excitement? No.

Overall, I liked their pre and main show formats. I appreciated their focus during the main show on bigger games and I enjoyed seeing game play. However, given the announcement of the PS5 last month and the Xbox Series X unveiling later this month I couldn’t help but feel a little let down. I desperately wanted to see something new, something next generation specific, something more. 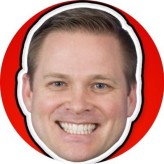 Every Announcement and Reveal From The Ubisoft Forward