The esports industry has been awaiting an update on the upcoming VALORANT Champions event that will see some of the best esports teams going head to head, and Riot Games officially unveiled the brackets.

Here is a look at how the competition is set up: 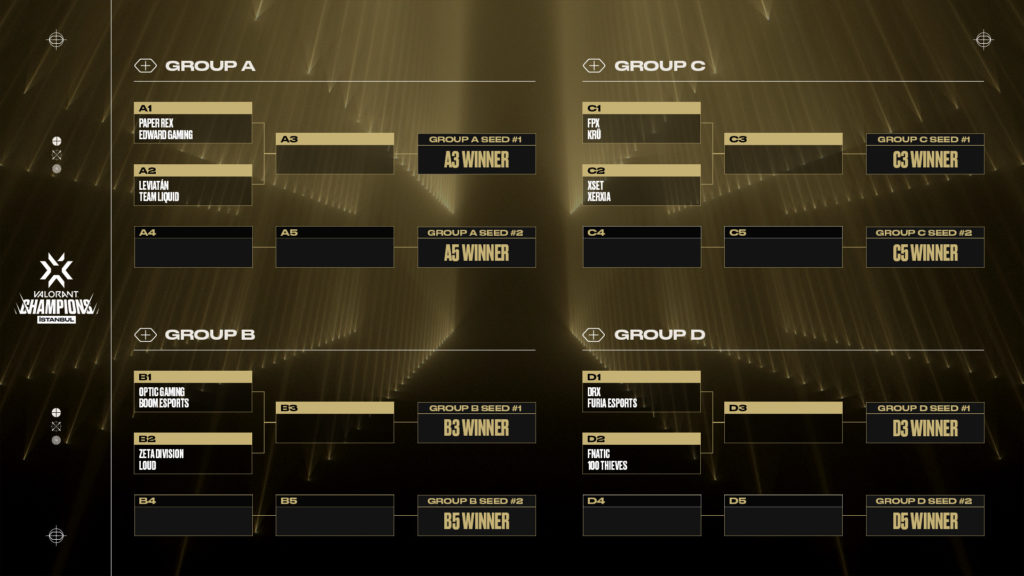 Notably, reigning Masters champions FunPlus Phoenix goes head to head with KRU Esports in Group C action, while North America’s XSET will battle it out with XERXIA in the C2 section, the winners will collide in C3 action.

DRX, FURIA, Fnatic, and 100 Thieves were all placed in Group D.

The event kicks off on August 31st and runs through September 19th.